What County is New York City in? 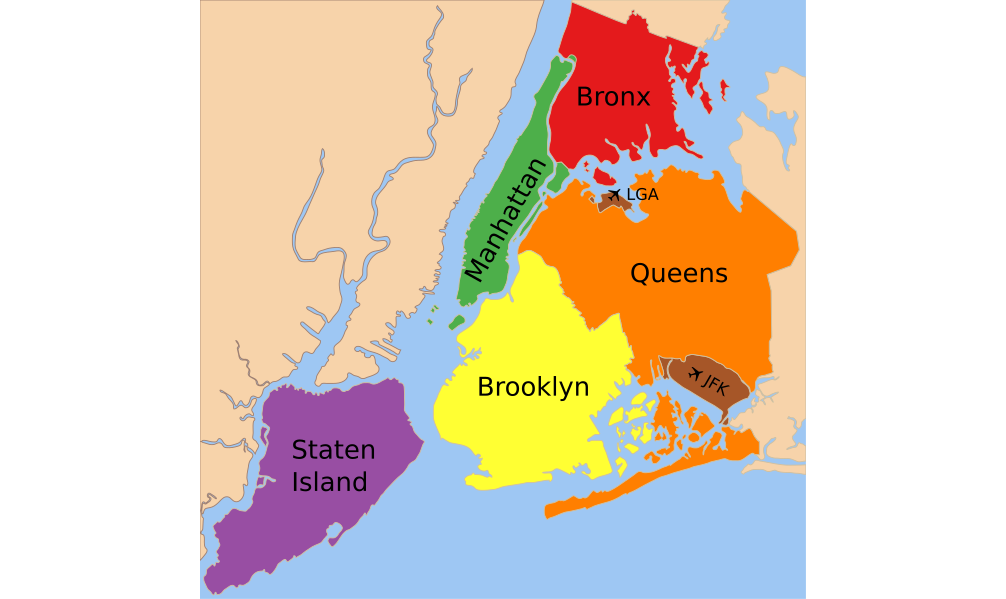 Everyone has heard of New York City, and most people have heard of the five boroughs.

But what county is NYC in?

And how are the counties different from the boroughs?

NYC is composed of five boroughs, with each borough also its own county. Manhattan is in New York County, Brooklyn in Kings County, Queens in Queens County, the Bronx in Bronx County, and Staten Island in Richmond County. The counties and boroughs of New York City are coterminous.

The U.S.A. is divided into 50 states, and many states, including New York, further divide into counties and towns. These are just geographic subdivisions, think ever smaller boxes on a map.

But New York City uses the borough system, a relic of Medieval England, where important towns were granted some self-governance by the monarchy and designated boroughs.

In addition to NYC, London and Montreal also use of boroughs.

This left the political cartographers of New York State with a dilemma - how to combine the boroughs of NYC with counties used elsewhere throughout the State?

Simple. They made each borough of NYC its own county. The borders of each county and borough are the same, or coterminous.

The Boroughs of NYC are also Counties

Which County is Manhattan in?

The borough of Manhattan is in New York County.

Originally inhabited by the Lenape and called Manahatta, meaning "hilly island", in 1626 the Dutch paid $24 (60 guilders) for the island and named their settlement, in the modern-day Financial District, "New Amsterdam."

That $24 may be worth closer to $2,000 today, but stands as the low water mark on NYC real estate prices.

Rents have been going up ever since.

During the Second Anglo-Dutch War, fought over dominance of global trade routes, England gained control over the environs of present-day NYC in 1664 and renamed it New York, as King Charles II of England gave the lands to his broker, the Duke of York.

You can still grab a beer at the (rebuilt) Fraunces Tavern a few blocks over on Pearl Street, where the Founding Fathers were known to down a few after a hard day planning the defense and success of a nation.

The U.S. capital later moved to Philadelphia in 1790 before settling in Washington, DC in 1800.

Today, New York City is the de facto corporate capital of the United States, its financial hub, a major cultural center, and its largest city.

Which County is Brooklyn in?

The borough of Brooklyn is Kings County.

Originally a Dutch settlement named Breukelen after a town in the Netherlands (now dwarfed by modern-day Brooklyn), the borough grew rapidly during the late 1800s with the completion of the Brooklyn Bridge making it a commuter city for Manhattan. It was consolidated into New York City, along with other boroughs, in 1898.

1876 Manhattan, with the beginnings of the Brooklyn Bridge at right. The bridge was completed in 1883.

Today, Brooklyn is known for hip communities, an independent vibe, and popular neighborhoods of Williamsburg, Bushwick, and the Manhattanized Downtown Brooklyn.

Which County is Queens in?

The borough of Queens is in Queens County. 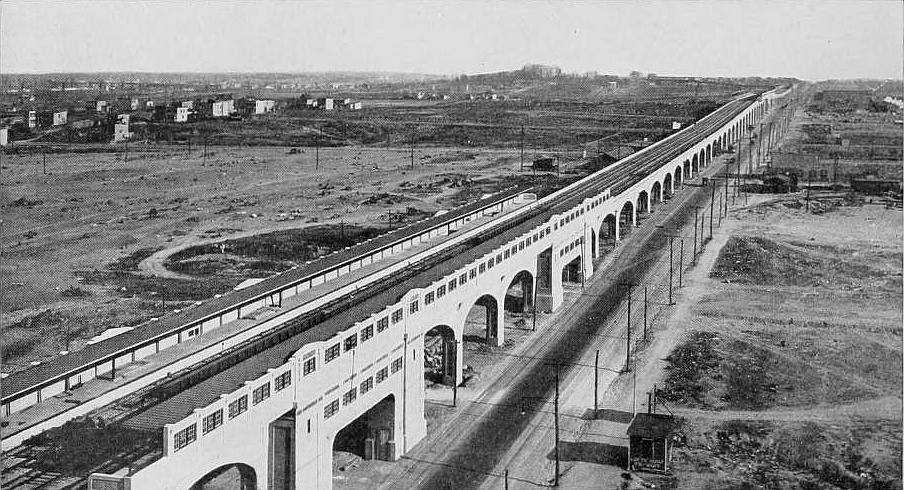 Today, it is known for a more suburban and family feel than the other boroughs of New York City, with more standalone, detached houses. Apartment buildings in Queens are typically larger and more spacious than those in Manhattan and Brooklyn, and rents are cheaper. The areas of Astoria, Long Island City, and Sunnyside attract many young renters looking for more space and a fun place to live.

Which County is the Bronx in?

The borough of the Bronx is in Bronx County.

The Grand Concourse in the Bronx

Named for Jonas Bronck, a Swedish emigre who accumulated about 500 acres of farmland there in the early 1600s, the Bronx now house the New York Yankees, the 5 mile Grand Concourse with unique Art Deco architecture, and the Joker Stairs at West 167th St. 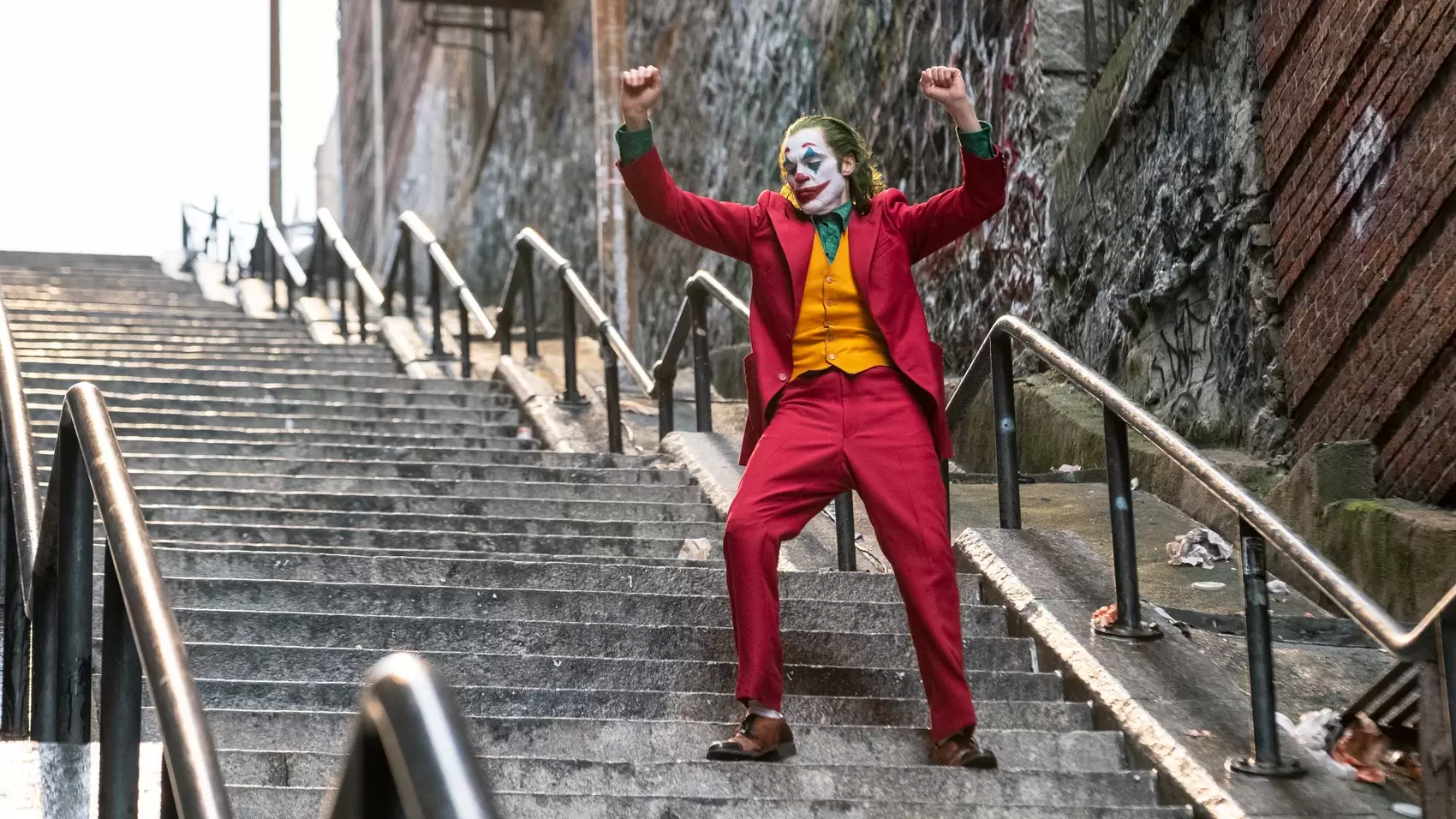 Which County is Staten Island in?

The borough of Staten Island is in Richmond County.

The Dutch first established a permanent settlement there in 1661, naming it Staaten Eylandt. Sounds familiar, right?

Italian Explorer Giovanni da Verrazzano beat the Dutch in reaching the island by over a century, sailing through the Narrows, the thinnest strip of water between Brooklyn and Staten Island, in 1524. The Verrazzano-Narrows Bridge was aptly named after him at its completion in the 1960s.

The name for Richmond County comes from Charles Lennox, First Duke of Richmond, a son of King Charles II of England, as the land was also taken from the Dutch during the Second Anglo-Dutch War.

Today, Staten Island has a markedly suburban and family feel compared to the rest of New York City. The Staten Island ferry from lower Manhattan is wonderfully free, and a great way to see New York Harbor and the Statue of Liberty after touring Wall Street and the Financial District.

New York City is unique in that it has both boroughs and counties, but they both use the same borders. Manhattan is New York County, Brooklyn is Kings County, Queens is Queens County, the Bronx are Bronx County, and Staten Island is Richmond County.